Out of Ice is Elizabeth Ogilvie’s most ambitious work to date, and the latest of many projects informed by scientific and anthropological research and collaboration, and using ice and water in otherworldly environments. The intention in all the artist’s works is to present an experience that stimulates reflection and dialogue for visitors of all ages within the environment she has created.

Below is a selection of projects from the last decade of Elizabeth Ogilvie’s thirty year career.  For more information about the artist and her work go to www.elizabethogilvie.com

Ogilvie was commissioned by Fife Council to create a design and installation for a new urban space close to the docks.  Oliphant’s Garden reflects the dramatic geological forces and maritime and cultural history which have shaped the site. 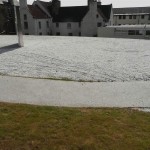 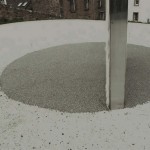 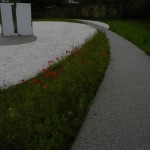 The Secret Language of Ice

Ogilvie drew on observational techniques used in scientific fieldwork to create an installation combining a large-scale video installation and water pools to present the idea of  ice as an agent of evolution and global barometer of temperature and social change. 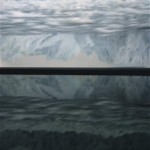 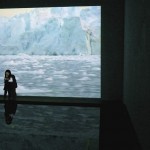 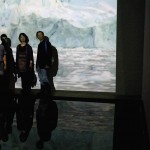 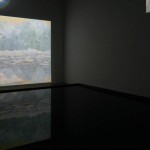 Ogilvie collaborated and performed with the internationally renowned Taiko drummer and composer, Joji Hirota.  The artists’ mutual fascination with the water cycle, from source to ocean to atmosphere, became a large-scale installation reflecting water as the rhythm of life. 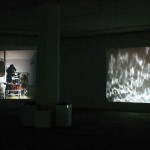 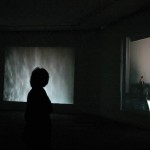 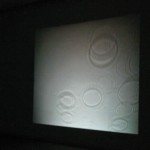 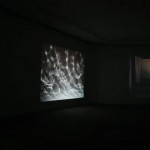 Commissioned by curator Katrina Brown, Bodies of Water was a major solo exhibition developed from new research by Ogilvie in collaboration with a scientific associate.  From observations of water and its rhythms, the artist created a large-scale experiential environment presenting its unique liquid properties in a contemporary context. 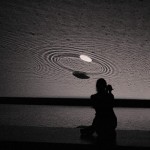 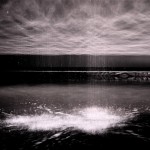 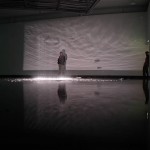 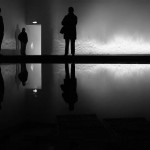 Streams of Time reflected the location of the gallery in central Kyoto, overlooking the famous Kamo River and incorporated water from it, and yellow leaves from the nearby Gingko trees.

Ogilvie was one of four artists selected to make site-specific works in a post-industrial district of central Cologne.  She commissioned water diviner, Dirk Mross to trace underground streams in the area – which had attracted manufacturing for centuries – and produced an installation of interactive pool, water and lights. 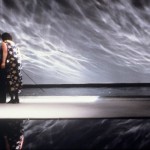 Combining performance and installation, Waterfall of Time celebrated Oglivie and Taiko drummer and composer Joji Hirota’s childhood memories of mountain waterfalls and the ocean, and a meditation on how water transcends time. 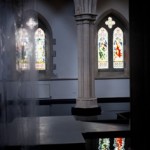 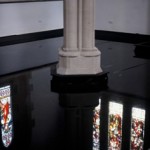 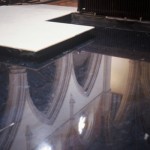 A derelict warehouse on Kirkcaldy Dock was transformed by Ogilvie into a vast water installation which merged art, architecture and science reflecting the tranquility of the space. 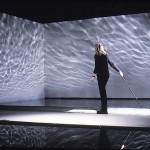 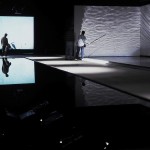 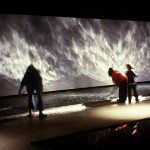